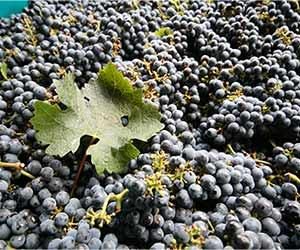 Cabernet Sauvignon, a grape known for its thick skin and the vines resistance to the elements. The Cabernet Sauvignon is the offspring of Cabernet Franc and Sauvignon Blanc. This was never proven until 1996 when Dr Carole Meredith and her team from the Department of Viticulture and Enology at the University of California, Davis proofed it by DNA testing.

The grape itself is very small and have a high seed to pulp ratio (1:12) This in turn means that the phenols and tannins will have a strong influence on the flavour and structure of the wine. One of the important winemaking decisions is the tannic nature of Cabernet Sauvignon. The longer the maceration period (soaking the skins with the wine to get the red colour) more tannins are extracted from the skins and will be present in the wine.

Armand d’Armailhac and Baron Hector de Brane were two important figures in establishing Cabernet Sauvignon in the Bordeaux region in France. Wine makers from the region loved the tannins in the grape and found it responding well to time in oak. The end result was a full-bodied wine with a medium level of acidity. The world’s most famous wine blend; the Bordeaux blend, comes from blending Cabernet Sauvignon, Cabernet Franc and Merlot.

Cabernet Sauvignon can also be found in Le Midi and Loire Valley, Provance and Herault.

The “Super Tuscans” originated in the Italian DOC system Denominazione di Origine Controllata (denomination of controlled origin) and later a “G” was added at the end DOCG for “garantita” (guaranteed) This system was run before the 1990’s in the Chianti zone. Chianti could not have more than 70% Sangiovese and at least 10% of a local white wine grape.

During the 1970’s some of the producers started to use Cabernet Sauvignon and created a Chianti style wine outside of the DOC regulations. Others followed suit and eventually the DOC system allowed more regions to use the grape in their DOC designated wines.

Cabernet Sauvignon is the most widely planted red wine grape in the country. The grape is used for both blended and varietal styles. Typically Cabernet Sauvignon from the Stellenbosch region is heavy, full bodied wines and Constantia’s wines are herbal and minty.

Cabernet Sauvignon is a bold wine when young but as it ages the tannins mellows and a whole new world of food pairings open up. It will pair well with lamb due to the ability of fats and proteins, to negate some of the tannic qualities of the wine. Young Cabernet Sauvignons do not pair well with spicy dishes as the “bite” (capsaicin’s) of the chili peppers will be enhanced by the alcohol and the bitterness of the tannins will be accentuated.

Fats reduces the perception of tannins and so does proteins. When paired with a heavy cream or butter sauce, the tannins are neutralised allowing more of the fruit flavours to surface. Cooking methods like grilling, roasting and smoking can pair well and also dishes that contains flavours of dill, nutmeg, vanilla and brown sugar. 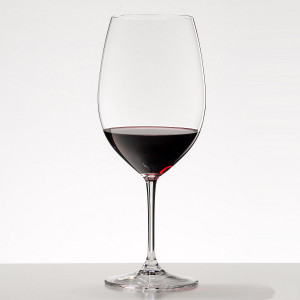 Best served at a temperature of around 14 – 16 degrees C. Should the wine be above room temperature, chill it slightly in the refrigerator before serving. Decant a young Cabernet Sauvignon and if it is an old one, let it breathe for about 30 – 60 minutes before serving.